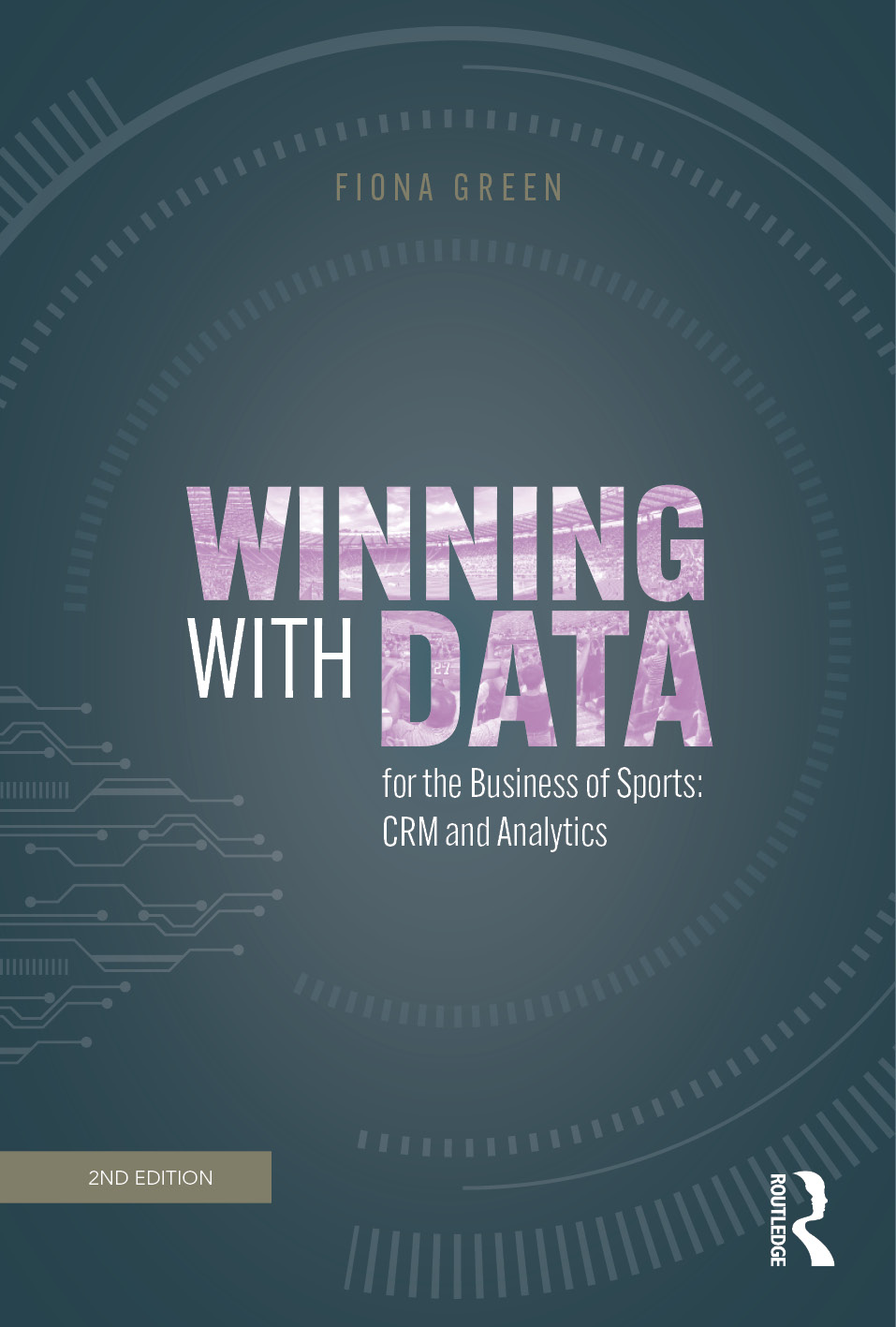 for the Business of Sports: CRM and Analytics

Suitable for beginners, intermediaries or digital marketers who haven’t yet included data-driven decision making in their approach. Our book provides a fantastic start for those looking to understand the role of CRM and Business Intelligence for the sports industry.

In 2011, when I first entered the world of CRM in sports, I struggled to understand the different terminology I heard and read, and the different systems and processes being used. I would constantly Google “CRM” in the hope that the next result would somehow shed some light on what was a mystery to me at that time. Instead, I found myself trying to determine the difference between software like Microsoft Dynamics and SAP, Salesforce and Sage, and wondering why I kept reading that CRM projects fail and email marketing is dead.

This book aims to

Dispel a common myth about the use of CRM. This is not the first time you’ll hear me say that it’s not just about technology. Nor is it just about the data. Having a strategy, systematic processes and the right culture are just as important to be successful.

Provide a helicopter view of the way the sports industry uses data to make decisions and engage with fans, customers and participants.

Provide real world examples that put the theory into perspective. Thanks to the generosity of the ICC Cricket World Cup 2019, Mic Conetta of Arsenal FC, MLS, LA Kings, and Portland Trailblazers, to name just a few, you’ll learn how these rights owners approach the unique challenges in their organisation or sport, applying the different principles discussed in this book. 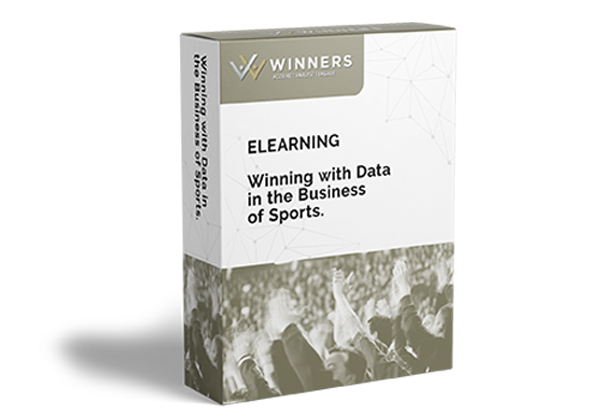 Winning with Data is now also available as a training course.

Sign up and get access to market-leading software to turn your theory into practice, practical and relevant exercises, 1-1 calls with tutors and much more. 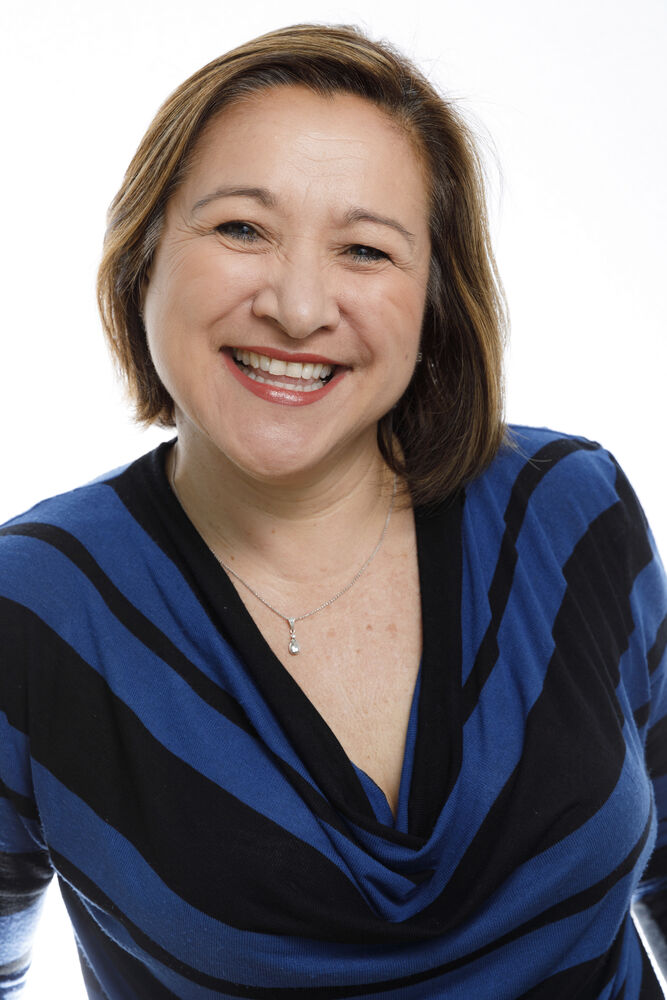 Author of Winning with Data

Fiona has over 30 years’ experience working in the sports industry, selling, and leveraging sponsorship, media rights, and merchandise licenses from the UK, USA, and Switzerland. She first moved into the field of CRM and data in 2011, formed Winners in 2013, published the first edition of this book in 2018, and more recently developed an online course of the same name.

Fiona is an expert in the use of data and is passionate about sharing knowledge with anyone and everyone – clients, students, and fellow professionals. You’ll often see her at conferences and other speaking events, recording podcasts, and writing blog posts for both Winners and several media outlets.

There are four realities that make Winning with Data one of the most important books that any sports business executive or student will read. First, we live in a time when the only thing we can be certain about is that the world was different yesterday and will be different tomorrow. There was a time when change evolved. It materialised over months and years. Today we live in a world where technology is winning the war against stability. The velocity of information sharing is a major catalyst for change. The half-billion tweets per day and the 4 billion users across all social media platforms worldwide are drizzling fuel on the fire of ‘change’. In the past, as new ways of doing business emerged, there were early adopters and laggards, but even the latter eventually ‘caught up’ to run with the crowd. But now, even putting our smart phones down for a day is a terrorising thought, as we live in fear that we will fall behind forever.

The second reality is the data and information explosion are radically transforming the way we do business, as they provide deeper and more personal insights about our customers and prospective customers. Customers now expect you to know them on a more personal level and cater to their interests. If your products, the medium you choose to communicate, the messaging and even the tone of your interactions aren’t tailored to their needs and preferences, then you will lose, because your competitor will likely be engaged in a way that connects and resonates with your customers.

The third reality is that sports fans are different from packaged goods consumers or consumers of other goods and services. The sports ‘sale’ is less transactional as the relationship between athletes, clubs, and leagues, with their fans has always been complicated. While price, service experience, convenience and value are all important considerations, it’s not an entirely rational relationship. The traditional factors are relevant, but they are commingled with deeper psychological and sociological issues like identity and the in-group–out-group behaviours that are associated with membership in a fan community. Unmistakably, the most productive and profitable fan relationships are built on the foundation of a deep understanding of customers’ behaviours and attitudes and an ability to ‘connect’. A high-performance CRM can be your secret sauce.

Finally, to effectively compete in this new world disorder, you need to institutionalise not only the tools and processes to compete, but also build a culture that continuously adapts to change – create a learning organisation. A learning organisation is a means to acquiring antibodies that inoculate an organisation from the deadliest of all diseases – maintaining the status quo and resisting change. For most, change produces anxiety, while accelerated change can lead to mind-numbing chaos. The key is to create structure amidst the chaos and channel processes and systems into the development of next gen products, pricing structures, and new service models and ultimately value propositions, which employ new media and messaging. Once you’ve embraced these four principles, Winning with Data will be your playbook. It provides the foundation to create a culture that embraces systemic change.

What our readers have said